Don and I recently attended the 1st  Non -GMO Ottawa conference at St. Paul’s University in Ottawa.  The keynote speaker was Dr. Theirry Vrain, a former genetic engineer and soil biologist with Agriculture Canada.  Dr. Vrain worked in the field of genetic engineering for 30 years and is an acknowledged expert on genetically modified organisms (GMOs).    He explained how a cell is genetically engineered and what happens after this random insertion process through a gene gun and how it can have unknown effects. 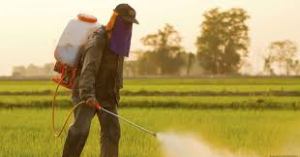 The only currently used GMOs in Canadian field crops are known as RoundUp Ready, glyphosate resistant, or as he calls them ‘Glyphosate Modified Organisms’. Worldwide there are now approximately  500 million acres planted with RoundUp Ready (GMO) Seeds yearly.  Dr. Vrain’s primary concern at this time is the widespread use of Glyphosate which is a powerful herbicide, mineral chelator and a patented antibiotic.

We learned that Glyphosate, which is the active ingredient in the widely used herbicide RoundUp, was created in 1960 by a U.S. company in the business of cleaning mineral deposits from industrial pipes and boilers.  Glyphosate was patented in 1964 as a descaling agent which bonded to and dissolved minerals.  When the descaling agent,  glyphosate, was disposed of in nature it was apparent that it killed plant life.

The chemical company Monsanto quickly bought the rights to glyphosate and re-patented it as a herbicide in 1969.  It became available commercially in 1974 and became the most successful agricultural chemical in North and South America.   The USDA in 1974 pronounced Glyphosate (RoundUp) to be safe for humans.  No studies were done to check for glyphosate residue levels in the crops or to check for any long term chronic  effects.

Monsanto’s next step was to genetically alter corn and bean seed so that  after they are planted they can be sprayed with RoundUp (glyphosate) and survive.

The first Genetically Modified RoundUp ready crops, beans and corn,  were released commercially in 1996.  Since then GMO cotton, sugar cane and canola have been released.  All have been enthusiastically received by the farming community in North America.

Another concern of Dr Vrain is the fact that glyphosate is an antibiotic.  It is now in our food and in our water.  When Monsanto patented glyphosate as a antibiotic it was described a broad spectrum antibiotic.  We all know that antibiotics in our diet is not a good idea.

Now to make matters even scarier, Monsanto  licensed RoundUp as a desiccant 10 years ago.  RoundUp is now routinely  sprayed  on many non-gmo  crops right before harvest.  This kills the crop and accelerates the drying process making harvest easier and cheaper.

Dr Vrain pointed out that 60 other countries have looked at the scientific evidence and have either required GMO labeling or have  banned the herbicide and RoundUp Ready crops.  China, for example, eagerly produces glyphosate for export but they will not allow their army to consume crops grown with glyphosate.

The talk was very informative and very disconcerting and we need to become more aware of what is in our food.  It made me more determined to grow organically.  We hope to have even more non-gmo, non-glyphosate and healthy foods available next year.